It has been proved that the active elements produced by the Streamer technology decomposes and neutralizes the norovirus by contacting the norovirus that causes food poisoning. Furthermore, this time, it was proved that operating two Streamer units doubled the suppression effect.

Demonstration of the suppression effect against norovirus 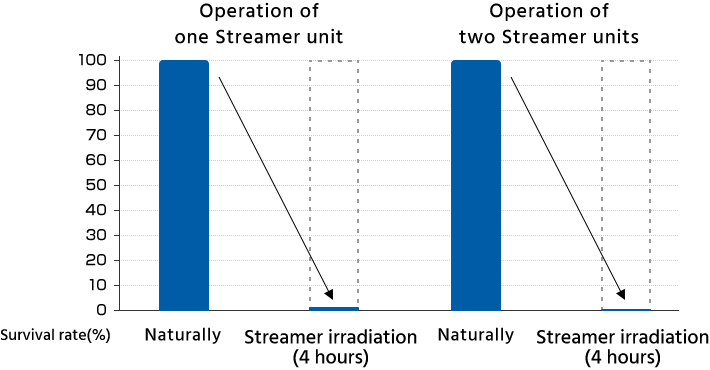 The survival rate of norovirus after 4 hours of Streamer irradiation was 0.6% for two units operation compared to 1.3% for one unit operation, confirming approximately twice the suppression effect.

Department of Biomedical Science, Graduate School of Agriculture and Life Science, the University of Tokyo

Use mouse norovirus [Mouse norovirus] (1) Virus belonging to the genus Calicivirus Norovirus (single-stranded RNA virus, plus sense, no envelope). (2) A related virus that belongs to the same virus genus as human norovirus and may be used as a substitute for human norovirus. (3) Increase in mouse macrophage-like tumor cell line RAW264 cells. The MNV-S7 strain (Genbank accession no. AB435515, Toya etc.) used in this experiment was expanded with the above RAW264 cells (purchased from RIKEN BRC Cell Bank). D-MEM/Ham's F-12 (containing phenol red, HEPES, sodium pyruvate) was used as the culture solution. The virus titer was determined by the TDIDT50 method using a 96-well plate.

Be cautious for norovirus in winter! 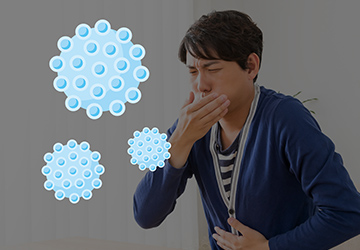